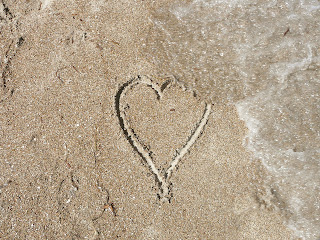 A few months ago, I wrote about the song "Airplanes" and why I wasn't making any more wishes. I wrote about hoping instead of wishing, with hope being more grounded, requiring "hard work, long days and exhausting nights." And I still believe that.
But sometimes, hope is hard to come by. Day to day, surrounded by other kids with Moe's delays, it is easy to remain optimistic, to lose sight of how far he has to go. But it doesn't take long before reality slaps me in the face.

Take last weekend, for example. Moe seemed fine: no fever, not stuffed up, no cough. But from Friday afternoon he did not stop crying or whining. It was pretty much continuous, even through the night. We were worried. So on Sunday, Jeff took Moe to urgent care. And do you know what they do for a non-verbal autistic kid who can't tell you where it hurts or even if it hurts? Everything. They checked his ears, throat, stomach, teeth. They checked for twisted testicles. I don't even know what that is, and I'm definitely not Googling it. But I'm sure Moe freaked out at the exam. The doctor didn't find anything except maybe a little fluid in his ears, and I'm glad she was so thorough.
But it would have been so much much easier if Moe could just tell us about how he felt, even a little bit. Sign "ouch" and point to an ear, throat or tooth. Something. Anything.


I just got a birthday party invitation for next month. The kids from Moe's old play group are starting to turn four. Four. That's not even close to being a baby anymore. The party is at the park, and the invitation says to bring bikes and scooters. Moe can't ride a scooter. He can't even pedal a tricycle. No one at this party will be judging us; they know about his delays. And I know it is important for Moe to go to things with typical kids. But I also know that Jeff and I will spend the day chasing Moe around the park while the other kids pedal right past him, literally and figuratively.
I recently heard another song. It is from the album Lonely Avenue by Ben Folds, lyrics by Nick Hornby. It is called "Picture Window:"

You know what hope is? Hope is a bastard. Hope is a liar, a cheat and a tease. Hope comes near you, kick its backside. Got no place in days like these.

It turns out, Hope is a fickle lover. Sometimes you work hard and hope with all your might, and there are still days and weeks that kick your ass. And Hope laughs at you, and throws another punch: a regression, a tantrum, a teething toddler. Even the phrase "get your hopes up" is revealing, since what goes up must come down. Or so they say.

And then, just as suddenly, when you thought all hope was lost, you have a good day. Smiles and giggles, eyes looking right at yours, a wave goodbye. So you start to think maybe? Maybe everything will be okay. Maybe this time will be different. So you start to hope all over again.

After all, what choice do you have?

Today's post is part of Mama Kat's Writer's Workship, and was inspired by the prompt "a song of significance."

Posted by Wantapeanut at 8:30 AM