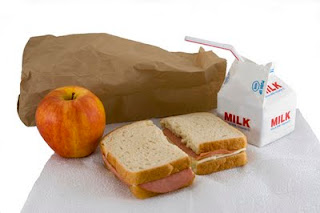 Last week, Moe had a few rough days at school. I attributed this to a rough transition back to school. He's been tired from the long day and had a couple of sleepless nights. He can get really grumpy when he's tired and people try to make him work. And school, although fun, is also a lot of work.

Moe's wonderful teacher from last year read my blog post about his recent aggression, and reminded me that something probably set him off. One comment on that post suggested we request a Functional Behavior Assessment (FBA). Since it was only the second week of school, and because it had only been two rough days, I didn't think that was appropriate yet. But it was a good reminder that there are tools to help us learn more. We don't ever have to just shrug our shoulders and hope it goes away.

An FBA, for those who aren't familiar, is a structured observation of the behavior over time. We start with the ABCs of behavior:

But if we looked at this over time, we might learn something different. In the above example, Moe was sitting at the end of the circle. We might find that Moe is more likely to get frustrated when it takes longer to sing goodbye to him, so we can adjust the antecedent to put him at the beginning of the circle, thus avoiding the behavior. Or we might find that the issue is only when he sits next to a particular child. Maybe that child makes a noise that bothers Moe, or he touches Moe, so simply separating them solves the problem. Or maybe the pulling has nothing to do with the other kids, but is a sensory need, so providing a therapy band on the chair (a trick our OT just taught us) or using a lap pad could help provide input if he does get frustrated.

We can also adjust the consequence to make sure an undesirable behavior isn't inadvertently reinforcing the behavior.We might find that Moe is pulling hair to get attention. Obviously we can't ignore an aggressive behavior, but we can be stoic in the way we respond. Or maybe Moe just wants to be out of the circle, and he does it so he can go to time out. By sending Moe to time out, we'd actually be encouraging Moe to pull hair again, since he got to leave circle time, exactly what he wanted.

In Moe's case, I had another thought. As I was writing a note to his teacher about some other things, I had a realization. Moe's lunchbox has been coming back almost full every day. He comes home and devours the entire contents. When Moe is hungry, he is very grumpy, and without words to express "feed me, dammit!" he gets very frustrated. We ran into this last year when I realized that our weekend meal schedule was about a half hour off from the school schedule. Simply adjusting our schedule at home made things much better.

I asked about this. Did Moe seem like he didn't want to eat at school? Or, since snacks are highly structured and they work on making requests, asking for more or help and sharing, perhaps they were asking too much of him at snack time? Bingo. His teacher said that Moe often takes a long time to make requests so snack time is over before he's eaten much. She said lunch is more about nutrition, and they aren't as demanding. But I know Moe needs those snacks throughout the day to keep him going.

I told her that Moe gets very frustrated when he's hungry, and asked that they figure out a way to make sure he eats more during the day. Because he loves to eat, snack time is a great time to work with him, but if he's not eating at all, that's a problem. Maybe they need to dial back the demands until he's better at it. (They are going to start using pictures of his food to help with choice-making, something he is good at.) Or maybe they ask for 5 spontaneous requests, but then give him free access. Or maybe give him bigger portions at each request. These are all small adjustments that could lead not only to reduced negative behaviors, but also to more successful learning at snack time, and a happier child who will be more receptive to learning throughout the remainder of the day.

Yesterday, his teacher reported that he ate better and he had a much better day. I hope it continues.

Learn more about Functional Behavior Assessments and how they can help you and your child. You can also use the concepts behind an FBA to solve behavior problems at home by charting the ABCs of your child's behaviors.

Posted by Wantapeanut at 8:49 AM