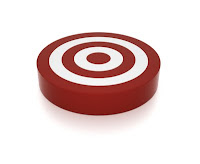 As you know, I have one typical child, as well as one with special needs. Watching Jelly, my typical two year old, gives us interesting insight into what a standard developmental path looks like. Although I do think this firsthand knowledge would have been helpful before Moe came along, because he is so delayed, they are sometimes quite similar, especially in terms of emotional development.

But they are also quite different. So many things come easy to Jelly, especially in terms of her motor development. When she wants her body to do something, for the most part she can just do it. Moe has to work really hard even to make a fist for a fist bump. He's only recently become fairly proficient at taking off his shoes, and can't put them on himself, where Jelly has been able to take shoes off and on for many months.

The biggest difference is their language development. Jelly has always been slightly ahead of the curve verbally, easily speaking in full sentences, and is working on concepts like when to use "ing" (as in Mommy is typing), and prepositions (in, on, behind, etc.). She practices these, speaking in sentences, and adjusting when they don't sound right to her. I'm not teaching her these things; she just picks them up. It's how most of us learn language, and it's fascinating.

You might think that this makes Jelly a much easier child to raise. Certainly her ability to say what she wants is very helpful. But Jelly is only two, so although she can talk, she isn't yet rational. Nor does she have patience. Very small issues or delays can turn into major tears, although she is getting better with concepts like "first, then" (as in, first we change your diaper then you can watch Dora).

I read often about the epic meltdowns of our autistic kids, often in sensory overloaded, and very public, places like Target. I've been lucky (excuse me while I go knock on some wood) that Moe is generally very well behaved when we're out and, as a sensory seeker, usually loves to be in bright, noisy environments. But I was still quite surprised that Jelly was the one who indoctrinated me into the Target meltdown club. My membership card should be arriving any day.

I was with Jeff and Moe, and the trigger was some perceived injustice around a hat that Moe had and Jelly didn't. She whined and complained for a while. When Moe was finally done with the hat, Jelly got to hold it for a bit. But I wasn't planning to buy it, so when we were done paying for the rest of our things, I gave the hat back. That was the last straw, and Jelly lost it. She was riding in the cart, otherwise I'm sure she would have thrown herself on the floor in perfect tantrum form.

It was also just about lunch time, and I'm sure that didn't help, but we couldn't go home because some people were coming to see it. So we decided a quick lunch was in order. We wanted fast, so we stopped at Carl's Jr. on the way home, thinking some fries and smoothies would help. Bad idea. This was the slowest fast food place ever. It took about 20 minutes from the time we ordered for them to bring our food. They weren't busy, nor was the food any better for taking that long. Moe and Jelly whined, cried, and/or screamed the entire time. It sucked.

The only saving grace was that Jeff was there. If I had gotten home and explained how Jelly had this horrible meltdown in Target, he would have sympathetically said "that's too bad" then moved on. At least he got to experience this particular hell right along with me. Lucky guy.

Posted by Wantapeanut at 9:36 AM