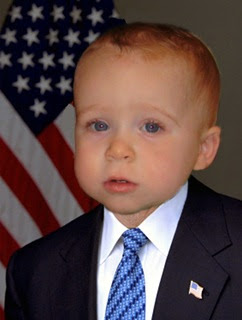 I use pseudonyms for my kids on this blog. It felt like the right thing to do, but sometimes I don't like it. You see, I love my kids' names.

Moe's real name starts with a W. He was named after my brother, William. We Jews generally don't name people after someone who is living, and usually do name our kids after someone who has died. Many choose to use the first letter of the name to honor the person. We thought about William but I just couldn't bring myself to call my child Bill or Billy, the names my brother went by. So we went with another W name. As it turns out, William seems to be popular again, though most Williams I've met seem to go by either Will or Liam.

We were thankful that our first child turned out to be a boy. The W names for girls were less appealing than the one we chose for Moe. I already have a cousin Wendy, and although Willa and Willow had potential, our last name is Bush. So Willow Bush was probably not the best option. (Some of my other favorite non-W girl names, like Rose, Olive and Lily were similarly off the table.)

Our last name has posed another challenge as well. In case you haven't pieced this together yet, my son is W Bush. Yes, like the former president. And I am, to put it gently, not a fan. I have one friend who likes to bring up the fact that my son is W Bush. But this friend moved to Texas, thereby waiving all his rights to tease me about the W.

Besides, Moe's middle name starts with the letter D.