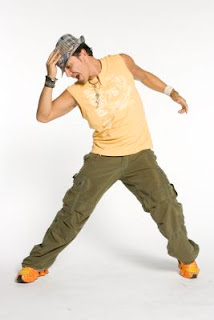 I work out at my local YMCA. I like it better than the other gyms I’ve belonged to in the past: Gold’s Gym (too many gym rats), 24 Hour Fitness (too much of a meat market), Curves (too boring). Club One was too expensive to even try. The Apple gym was the right price while my husband worked there, though the treadmills were always full. I like the Y because they have inexpensive child care that my child refuses to stay at and a pool we never go to. It’s just nice to know they’re there.

For a while, I tried the C25K program to start running on the treadmill, and despite my best efforts learned that I really do not like running. If you are a runner, please don’t try to tell me that I’ll love it if I just stick to it. I’ve heard it all before. I’m not going to stick to it, so let’s move on.

But without that beeping iPhone app, I find I don’t push myself very hard. So I go to group classes, and for the last few months, that has meant Zumba. If you don’t know about Zumba, Beto will be happy to sell you his comprehensive DVD set. I’ll just say that it is an aerobics class that uses mostly Latin dance moves, with a dose of hip hop, Bollywood and belly dancing, to make it “fun” and “easy.” There is also a lot of shouting “Zumba!” and pretending to play the drums. I’m fairly new to Zumba, but have been to enough aerobics classes to be able to mostly follow along. But Zumba is fast, and involves a lot of hip shaking that my out of shape abs and decidedly un-Latino body is not well equipped for. My point is that I’m no Bristol Palin when it comes to dancing and, thankfully, neither are most of the other people in the class.

So earlier this week, I went to class, and saw someone I didn’t recognize. I like to check out who’s there so I can position myself near people who know enough that they won’t confuse me, but not so much that I look completely ridiculous in comparison. I got the impression this woman was new to the class. I also noticed that she had Down’s syndrome. I immediately got a feeling somewhere between protectiveness and concern. And then I wanted to slap myself.

As the parent of a child with a disability, the last thing I want is for people to pre-judge my son’s capabilities, and here I was, guilty of the same thing. And besides, what, exactly, was I worried about? That she wouldn’t be able to keep up? That she might embarrass herself? At any given time in the class, at least 30% of us are turning the wrong way. It’s a miracle we don’t take each other out on a regular basis. And what would I know about someone else’s physical capabilities? No more than she knew about mine.

Of course it is natural to notice when someone is different, and we shouldn’t beat ourselves up just for noticing. If anything, diversity is worth celebrating. But having a child with a disability has helped me become even more aware of my own biases and preconceived notions. Meanwhile, as I tried to remain unnoticed in the back row at Zumba, a woman with Down’s syndrome took a spot right at the front where she could actually see the instructor. That’s smart. I think next time I might join her up there. Just don’t try to follow my lead.
Originally posted at Silicon Valley Mamas.