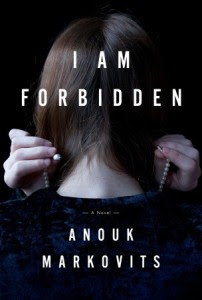 I had two majors in college: Sociology and Communications. One of the best classes I took was Sociology of Religion. In it, we discussed how the tenets of various religions guide the behavior of their followers.

For example (and I am greatly simplifying here), the Calvinists believed that their ultimate salvation was pre-destined by God alone. From a sociological perspective, what would this mean for people's behavior? Because people care what others think of them, and because no one wants to think they aren't one of the chosen ones, a lot of emphasis was attached to the values of thriftiness and hard work. This "Protestant work ethic," was deemed to be a sign that one was "chosen."

Observant Jews believe that a messiah will one day come, bringing with him an idyllic messianic age. The messiah, however, will only come when we are good enough to deserve it. But life is complicated. How do we know how to behave? By following the rules, of course. Judaism is quite a rule-based religion. There are rules about what to eat, how to dress, how to celebrate holidays, even how and when to have sex within the confines of marriage.

Logically, then, if you don't follow the rules (and it is nearly impossible to follow all the rules) you are the reason that the messiah does not come.

Think about that. The messiah hasn't come because you aren't good enough. You drove a car or turned on a light on Saturday morning, and now the messiah will not come.

And parenting, like religion, is full of it. Did you breastfeed long enough? Let your child cry it out? Use a pacifier? Return to work too soon? Choose the right preschool?

And if you are the parent of a child with special needs, the guilt just keeps piling on. Did you vaccinate? Not vaccinate? Were you overweight during pregnancy? Is it somehow my fault that Moe has a disability? I'm so full of guilt over Moe's autism, I could write a book. Maybe I will.


I suppose guilt could be useful for some things. A healthy amount of guilt helps you keep a clean conscience. Maybe you snuck out of the house as a teenager and got away with it, but the guilt continued to plague you, and you decided it wasn't worth it. Good guilt. Call your mother kind of guilt.

But much like its cousin regret, guilt is a backward facing emotion. It forces you to dwell in the past and prevents you from moving forward. This is bad guilt. This is eat-away-at-your-soul, keep-you-up-at-night guilt. And it is entirely unhelpful.

We had Moe's IEP today, and though I can't say much, I will say that Moe has made very little progress toward his goals during the last two years. So a couple months ago, we had a full independent assessment done by a very well-respected psychologist. She observed him in school, and showed us why his current program isn't working for him. And while I am thankful that we have this information now, I can't help but ask myself why we didn't do this sooner. Have we just wasted two critical years of Moe's development?

As my dad and my best friend both told me, it doesn't much matter. We are here now, and all we can do is look forward, make new decisions based on the information we have today, and hope they are the right ones, ones that will help him reach his greatest potential.

But that is easier said than done. Especially with 5,000 years of Jewish guilt to contend with.

This post is inspired by I AM FORBIDDEN <http://amzn.to/AyvkEl> by Anouk Markovits. Though not sisters by blood but through their Hasidic faith, Mila and Atara views the rules and structure of their culture differently. Mila seeks comfort in the Torah while Atara searches for answers in secular literature she is forbidden to read. Ultimately each must make an irrevocable decision that will change their lives forever. Join From Left to Write <http://www.fromlefttowrite.com> on May 8 as we discuss I AM FORBIDDEN. As a member, I received a copy of the book for review purposes.

Posted by Wantapeanut at 8:33 PM