Moe has some crazy hair. He was pretty much bald as a cue ball when he was born, and by a year he still didn't have much more. He didn't even have his first hair cut until well after his second birthday. But when his hair did begin to grow, it was curly right from the start.

Moe's first haircut was challenging. He cried and squirmed the whole time, but the people at the local kid's haircut place did a great job. That was 8 months ago and Moe was in desperate need of another trim. Yes, he's almost three and had only had one haircut. I had been putting off taking him because I really didn't want to experience a major meltdown in the haircut chair. And although Moe doesn't have the issues some kids with autism have around activities like washing hair, I didn't think he'd like being confined to a chair with a stranger in his face.

But finally, it was time. His curls had gotten seriously out of control: 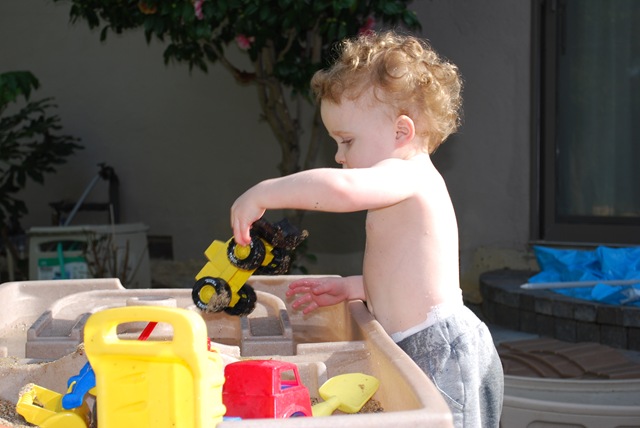 So we bit the bullet and went. I came prepared with some toys full of sounds and lights, the ones I don't usually let him play with because he tends to become overly obsessed. We got him in the chair, they sprayed the water on his hair and...he was fine. It was a piece of cake.

Moe's hair still has plenty of curls left. Even though I told them to cut it very short, I'm pretty sure they thought I'd be upset if all the curls were gone. So now it looks like this: 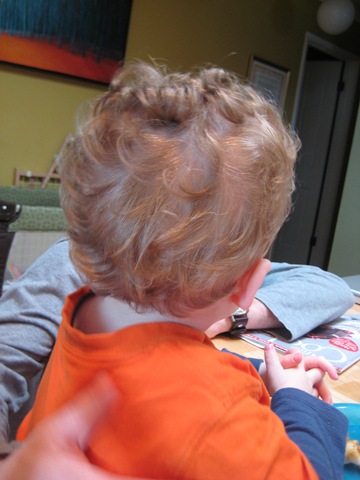 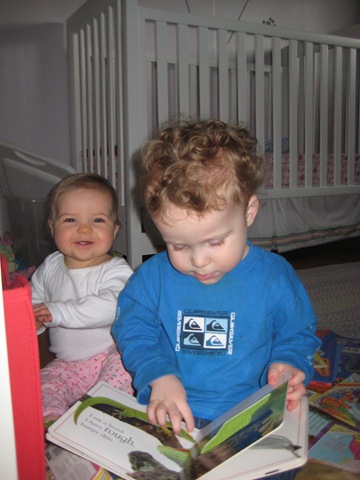 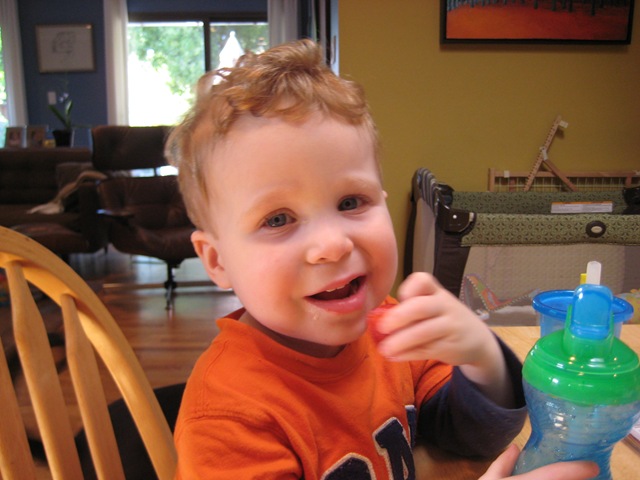 Posted by Wantapeanut at 9:49 AM

Email ThisBlogThis!Share to TwitterShare to FacebookShare to Pinterest
Labels: Moe