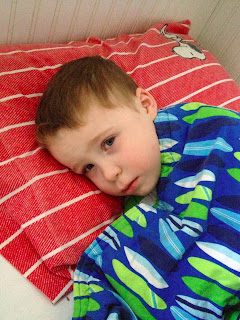 Tonight, he fell asleep at a decent time as well. I will be tracking everything, from asleep and awake times to overall mood.
Posted by Wantapeanut at 9:14 PM