I don't have any tattoos. I attribute this to several things:


But I'm older now and while I'm still not so big on pain, I do know exactly what I'd get. I think I'd be ready to put all of the other reasons aside for this one. But the reason I want this tattoo is exactly why I haven't gotten it yet.

I have no desire to get an autism tattoo, by the way. I've seen some cool ones, but I'll leave the puzzle pieces for someone else.

I don't think Bill would ever have gotten a tattoo. He wasn't especially religious, but certainly more than me. While that could have changed a lot by now, and I don't think he'd really care if I got a tattoo, it isn't something he necessarily would have done. So to have a tattoo to memorialize him poses a bit of a conflict for me. It probably shouldn't, since this is for me and he's not around to see it. But it does anyway. 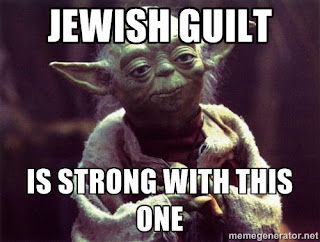 Email ThisBlogThis!Share to TwitterShare to FacebookShare to Pinterest
Labels: tattoos