It's a Good Life 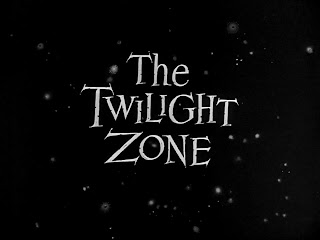 Yesterday afternoon, Moe ran over to Jelly, grabbed her ponytail, and threw her to the floor. As far as I could tell, he wasn't being mean, just impulsive. She was frightened, of course, but not hurt. But we are living on edge.

Moe has been going through a very difficult time. He's been unhappy and aggressive. We've been severely restricted in what we've been able to do and where we've been able to go, even canceling our much anticipated visit to the beach on Saturday. We're doing everything we can to keep Moe calm and happy.

While we try to figure out the root causes of these behavioral changes, which are likely numerous and complex, we have been trying hard to avoid some of the trigger interactions. Moe, for example, likes to go in my bedroom. That's generally fine, but has become problematic when we ask him to leave the room. But saying no has also become a problem, so yesterday, when he wanted to go in, I let him. Same thing with playing with the iPad. It's become a bit frustrating for him so we've been trying to take a break from that as well. But I gave in when he asked.

I realized how much we've all been walking on eggshells around here. Everything and anything can be a trigger and we're doing whatever we can to keep him happy. I was reminded of the Twilight Zone episode called "It's a Good Life." In that episode, there is a boy with extraordinary godlike mental powers. He uses those powers to keep the town hostage, horribly punishing anyone he doesn't like. Everyone is afraid of him, but they do what he wants, constantly praising him and saying how good things are, and that the trouble he is causing is "a real good thing."

I used to think the moral of this episode had to do with what happens to kids without discipline. Through a behavioral lens, I certainly don't want to encourage Moe's aggressive behaviors by being too lax with him or letting him get away with things we wouldn't normally let him do, like climb on the kitchen counter, just to avoid a meltdown.

But there's more to the Twilight Zone episode. The parents have so little control over their son's behavior and I feel this frustration. I think this shines a light on how most children feel, controlling so few aspects of their lives. Parents make decisions with what must seem like godlike powers. This feeling would be even more exaggerated for a child with communication challenges. And while I think there is a lot going on with Moe right now, he certainly does seem to be trying to exhibit some level of control over his life. So perhaps letting Moe climb on the kitchen counter isn't being lenient, but is letting him choose his own snack by doing the one thing he can easily do: get it down himself.

Living in crisis mode doesn't leave a lot of time for writing. I hope to have a chance to describe how we are trying to figure out what is going on with Moe and why it is so complicated. For now, I'm going to enjoy a moment of relative calm in the house, and hope that I haven't just crossed over into The Twilight Zone.
Posted by Wantapeanut at 2:54 PM